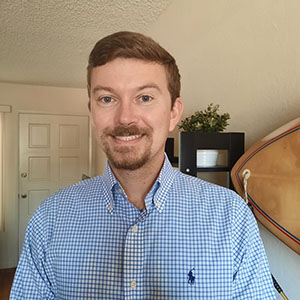 Alex Farugia earned his M.A. and B.A. in English at SDSU. He trained as a TA while pursuing a specialization in Rhetoric and currently works as a lecturer in the RWS department at SDSU. Between degrees, Alex served as an educator in the Peace Corps and completed his 27-month tour in Guyana in 2017.

Some of Alex’s interests include: political participation, social justice, labor relations, and environmental science. He is originally from the LA area but came to SD for the cloudy beaches and surf. Alex’s trivia night strengths: film, history, politics, and literature.