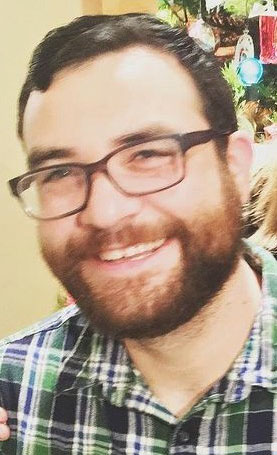 A New Hampshire native, Andrew Powers moved to San Diego over a decade ago, and it is during those years that he acquired History and English Associate’s Degrees at San Diego City College, a Literature and Writing Bachelor’s Degree at the University of California San Diego, and a Master’s of Fine Arts Degree in Creative Writing at San Diego State University.

Primarily fixated on the overlapping elements of pop culture, horror, and American politics, Powers enjoys utilizing such elements in both his short story publications and teaching pedagogies, and with a respect and advocacy towards the ideals of community building and open-communication, he prepares his students and future readers to think both creatively and critically.