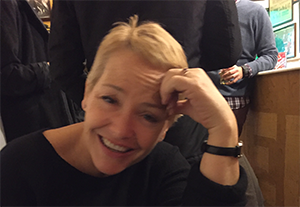 Starting in 2001, Cummings taught literacy at National City Adult School for half a dozen years. In 2010, she began working on her PhD in English at the University of California, Irvine. There, she earned her Master’s degree in English in 2011 and her PhD in English November 2015.

Cummings specializes in drama and Early Modern Literature, especially the Tudor and early Stuart periods. Her work analyzes the power speech has in the public realm as it is depicted on the Shakespearean stage. She is currently researching depictions of non-violent resistance in Shakespeare’s poetry and dramas and is overjoyed to be teaching in the Rhetoric and Writing department, since one of her interests is classical and early modern rhetoric.